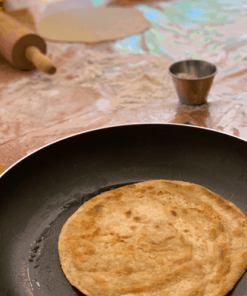 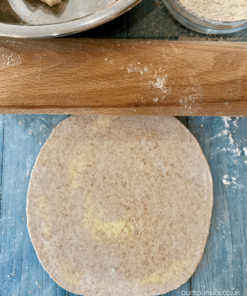 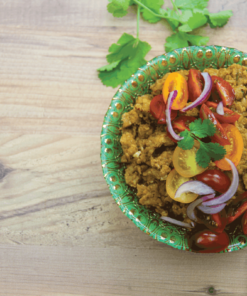 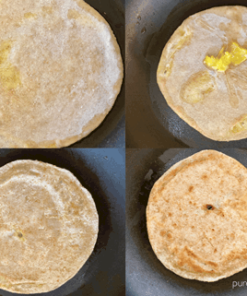 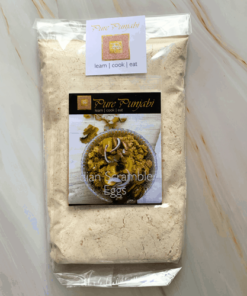 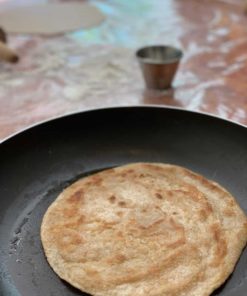 THE best way to eat eggs. This dish served with Paratha bread (a crispy buttery fried roti) and is the most delicious Sunday brunch. It’s a hearty filling meal and will keep you going most of the day.

Each sachets serves 4 people. Just add fresh ingredients when ready to start cooking.  Method instructions come through via email, after purchase.  Nothing artificial and made by us for you.

This is the brunch of Surinder’s childhood summer holidays in Kenya, and quite possibly the best meal in the world  🙂

Indian scrambled eggs are the best eggs EVER and paratha is a delicious buttery flaky crispy bread!  Paratha is tricky to make, so when we occasionally put on this teaching workshop + cook-along, do join us to learn. 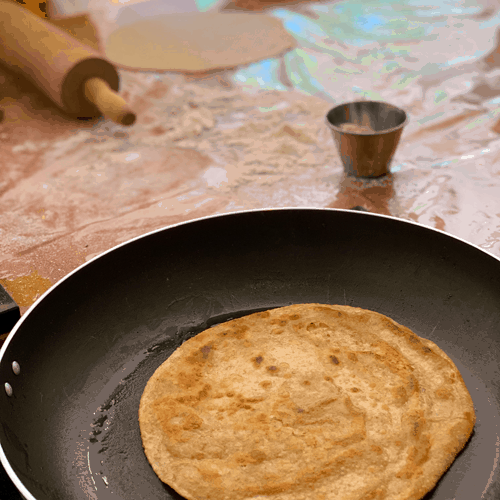 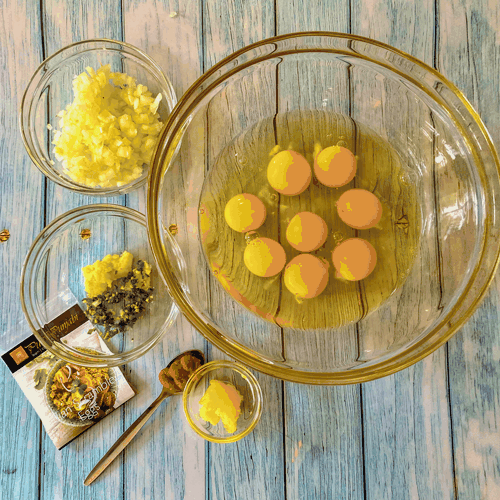 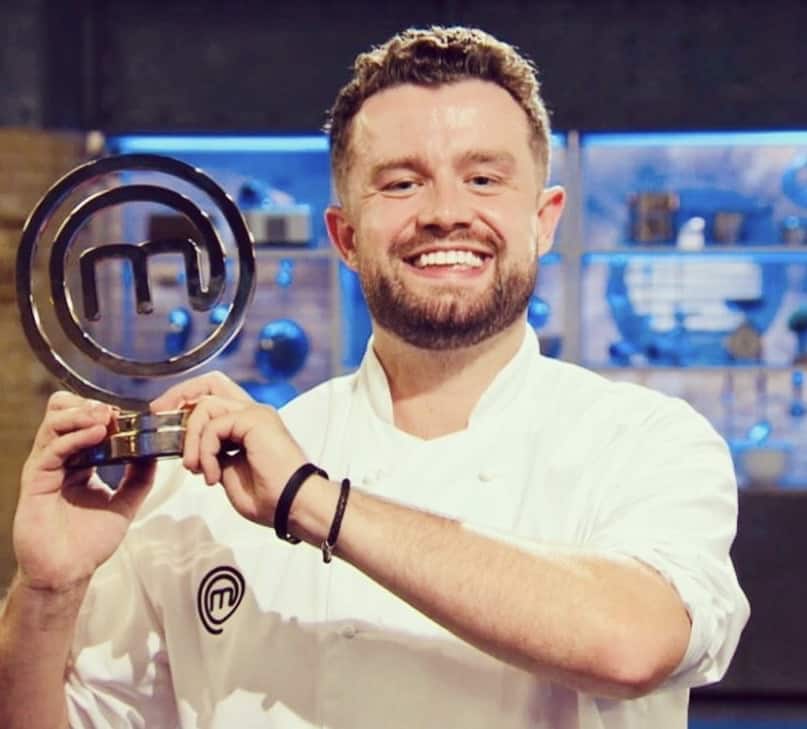 We last taught traditional Paratha-making to  Chef Sven-Hanson Britt when he joined us via Zoom last August,  for this teaching workshop combined with a cook-along. 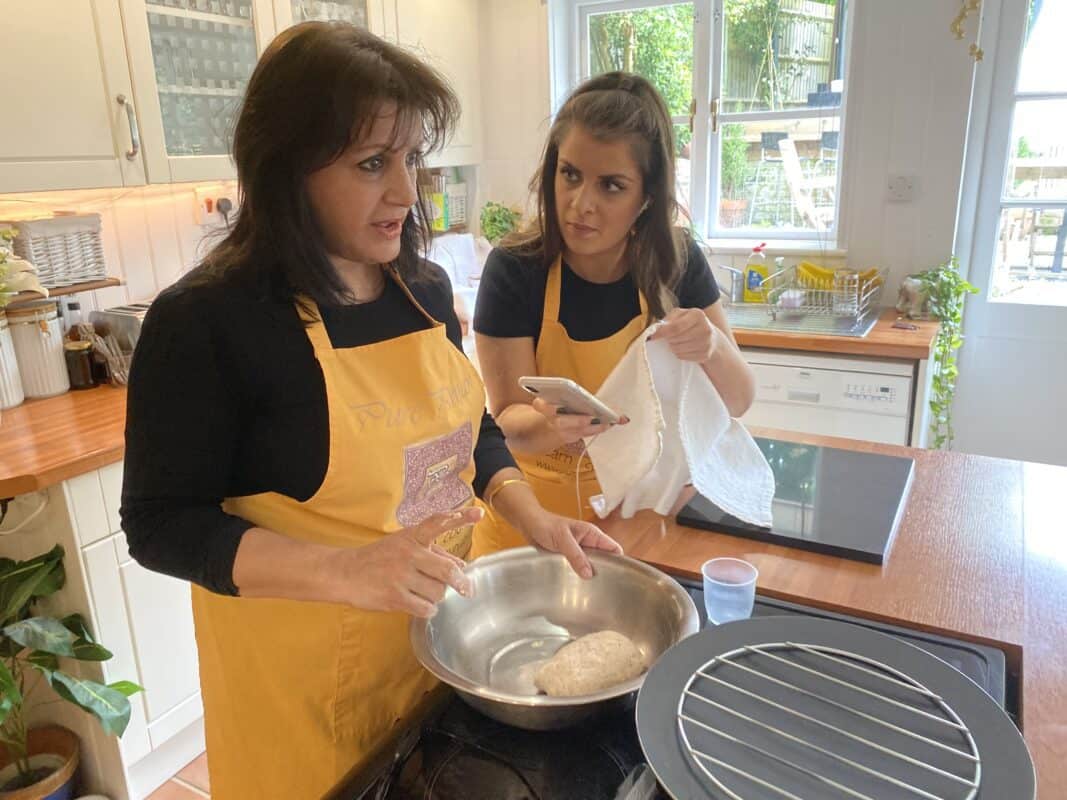 Sven, finalist of BBC’s MasterChef: The Professionals 2014, winner of MasterChef the Professionals: The Rematch 2019 and founder of Oxeye, started working in restaurants at the age of 14. He gained a place on the prestigious Specialised Chef Course run by the Royal Academy of Culinary Arts at 18 years old and completed his apprenticeship at The Ritz.

In late 2019 Sven was selected as the winner of MasterChef the Professionals: The Rematch. He was up against other world-class chefs but was crowned champion by acclaimed judges Marcus Wareing and Monica Galetti. 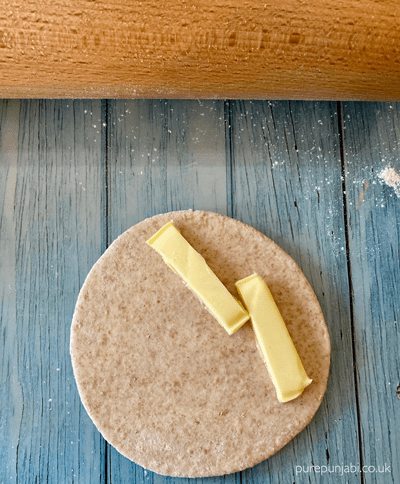 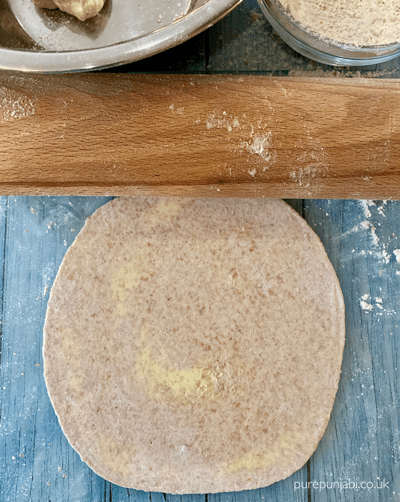 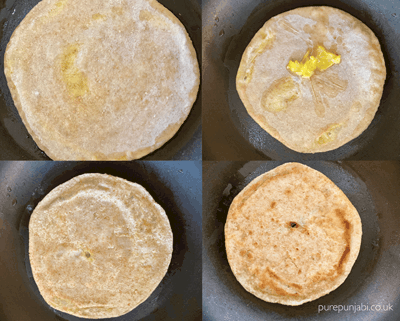 How do I know what to do with the meal sachets?

You receive e-instructions for the meal sachets. These tell you:

I have a special dietary requirement

The spices and dried ingredients, and fresh ingredients needed are all:

What fresh ingredients do I need?

Store the dinner kit in pantry-like conditions, a cool dark cupboard. Do not choose a cupboard that is next to your oven or an appliance that gives off heat, or a part of your kitchen where the sun shines on it.

The ‘best before’ dates on our products are always 6-12 months. There are no ‘use by’ dates, as we do not include anything perishable. Leaving you to add fresh ingredients gives you the best value and freedom to choose when to cook your dinner kit. This ensures no food waste. 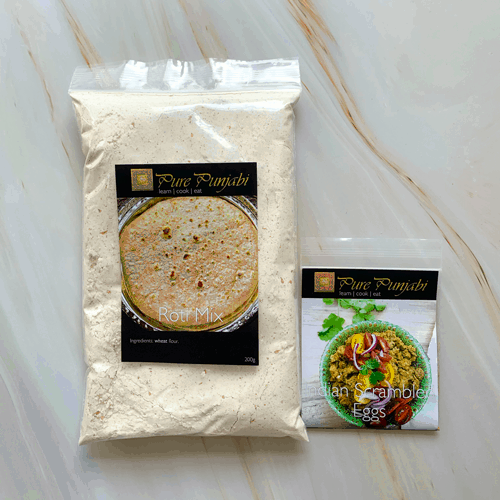 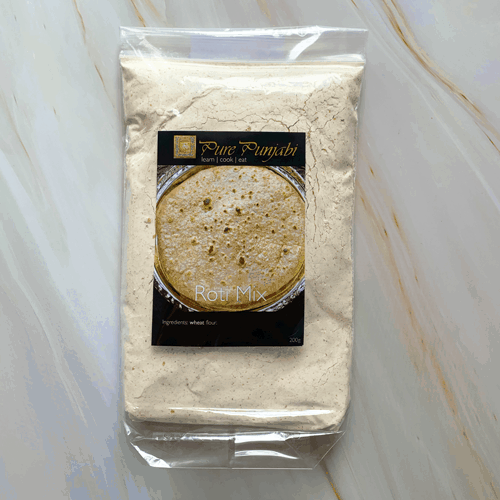 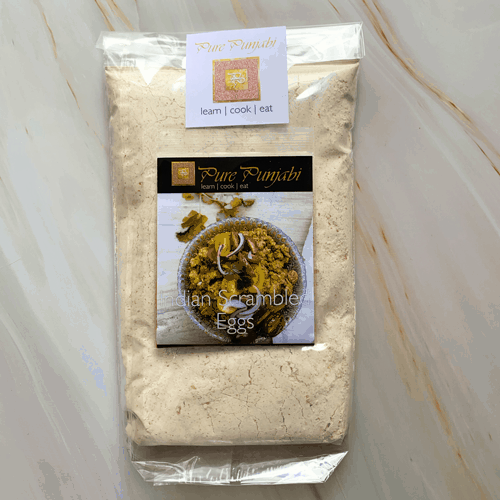 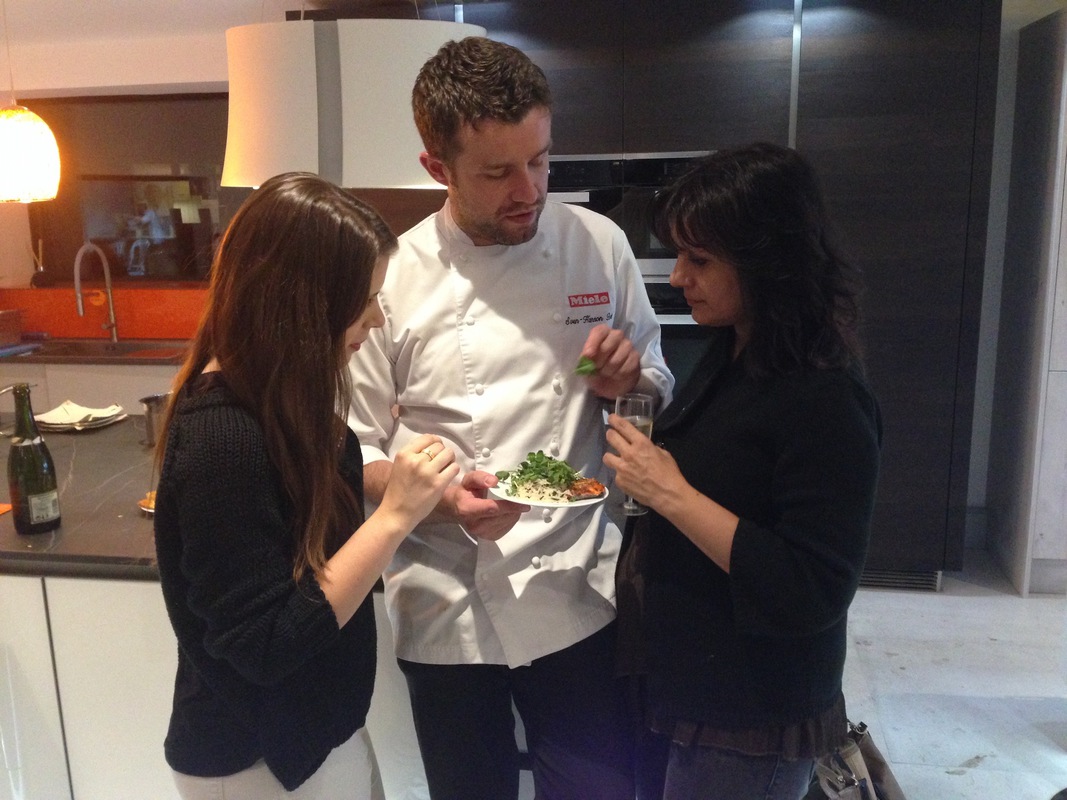 “I have an innate desire to always learn as much as I can about food and cooking. At the beginning that was just classical French/European but after travelling a lot, the whole world opened up and I saw how amazingly diverse global food and cooking was, often with similar ingredients. Learning real, traditional and proper ways of doing/cooking things is incredibly important. It helps someone understand about a food culture and the craft of particular countries and cuisines. There is no better way of learning about a food culture than by listening to and learning recipes passed down from generation to generation through families ( mainly women). Learning from Surinder and Safia at Pure Punjabi is incredibly cool, it’s a chance to step into history and try to understand a whole lifestyle, tradition and a way of eating of their family. It’s such a pleasure and really exciting! It’s not just paratha, it’s the memories”.

See below for Sven’s bio

If you have selected to do the cook-along, (when it is running), then in addition to your method instructions,  you will also receive a second email a couple of days before. This gives you set up instructions for equipment needed, a reminder of fresh ingredients, and also your Zoom joining link.

Sven-Hanson Britt, finalist of BBC’s MasterChef: The Professionals 2014, winner of MasterChef the Professionals: The Rematch 2019 and founder of Oxeye, started working in restaurants at the age of 14. He gained a place on the prestigious Specialised Chef Course run by the Royal Academy of Culinary Arts at 18 years old and completed his apprenticeship at The Ritz.

After five years of working his way up through the ranks at The Ritz, Sven was a finalist of the William Heptinstall Award as well as the Annual Awards of Excellence and took himself to France for a sabbatical. Sven gained experience as a private chef in Provence as well as career shifting experiences with legends of the industry: Paul Bocuse, Michel Bras and Regis Marcon.

Upon returning to the UK, Sven worked at an English vineyard before returning to The Ritz as Sous Chef and it was during his time here that he appeared as one of the final three in MasterChef the Professionals 2014. The BBC competition took Sven to Mugaritz in San Sebastian, currently ranked no.7 in the World’s 50 Best Restaurants and an experience that changed his idea of what a restaurant could be. Sven has returned to Mugaritz a number of times over the years.

In 2015, Sven was hired as Executive Chef of luxury kitchen appliance brand, Miele, whilst he was preparing the groundworks for what will be his restaurant, Oxeye: a space linking the farming of the Melbourne Estate and Park Farm in South Derbyshire, with a unique farm and ingredient led dining experience. During this planning period, Sven spent time at Blue Hill Farm at Stone Barns in New York, as well as life changing experiences at Fäviken in northern Sweden and various parts of Japan.

In late 2019 Sven was selected as the winner of MasterChef the Professionals: The Rematch. He was up against other world-class chefs but was crowned champion by acclaimed judges Marcus Wareing and Monica Galetti.

Sven will soon be opening an Oxeye residency in London whilst the restaurant build Is completed in Derbyshire, following a successful Kickstarter campaign in which 206 backers pledged £36,380.

Other career experiences, awards and achievements: 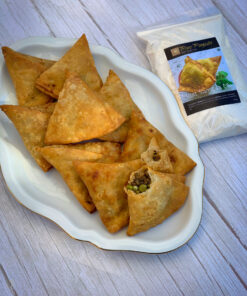 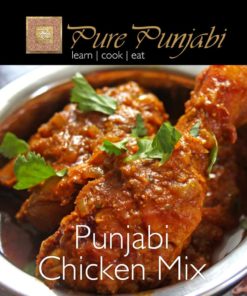 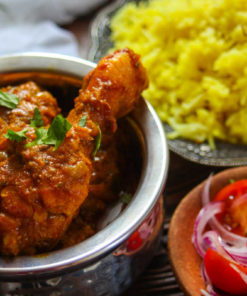 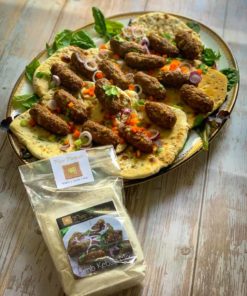 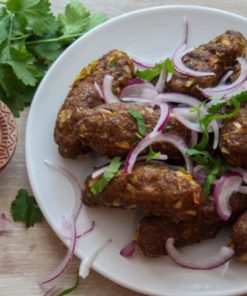 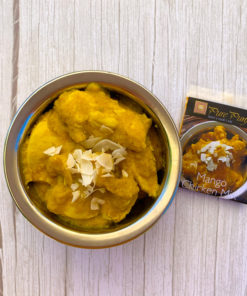 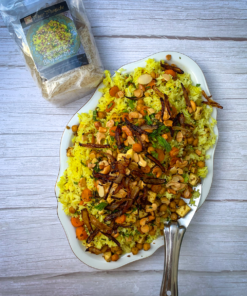 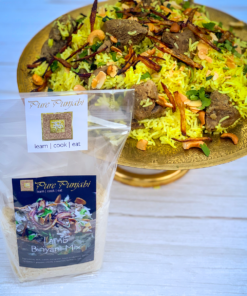 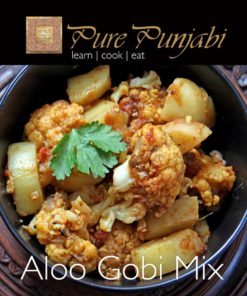 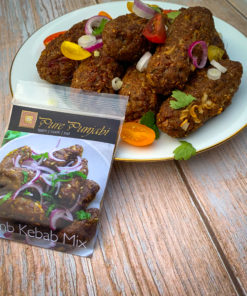