What is Punjabi food?

You’ve probably heard of the word ‘Punjabi’ many times, but maybe never really been sure what that means in relation to Indian food and how it differs from other regions in India. So, I thought I’d help break down this confusion…

Where is Punjab within India?

Punjab is in the north west corner of India.

Photos: photography of Punjab taken by Dr Hardeep Tamana, my uncle, during his last trip to India. If you look closely, you can see the yellow mustard flowers in the background.

Punjab is a farmland region. The name ‘Punjab’ means ‘the land of five rivers’ (Punj = five) (ab = river). After partition (the formation of Pakistan), the region of Punjab was split in two.

This plentiful water supply, along with excellent soil drainage, makes Punjab the perfect terrain for growing a whole host of different crops.

As a side note, my family are from the Indian side of Punjab, so my experiences and knowledge are of the Indian Punjab.

Cropland behind our family home taken during our 2010 trip to India (in the village of Rahimpur, Jalandhar, Punjab).

This means that the natural diet is mostly vegetarian-based rather than meat-based, which, as farmers, is a sustainable, environmentally friendly, nutrient-rich and affordable diet. Sikhism is the most widely followed religion in Punjab, which forbids the consumption of beef (as the cow is a sacred animal) and strongly discourages the consumption of meat. Therefore, the majority of the population are either vegetarian, or only eat meat on the odd occasion.

Either chicken or lamb is served to mark or celebrate a special (social) occasion, such as a marriage, the birth of a child etc.

THE number one dish that sums up Punjabi food, and will always be served day-in day-out, is dhal and roti (lentils/pulses and wholemeal flatbread).

This is the dish that is normally served in Sikh temples (Gurdwaras) for langar, which is a volunteer-run meal system that has been running for hundreds of years in Sikh communities across the world (click here to learn about langar).

Breads normally accompany these dishes, and they are made using a variety of flours. These flours include atta (whole wheat), maida (white wheat flour), makki di atta (maize/cornmeal) and bajra (millet).

As the cow is a sacred animal, the milk of choice in Punjab is buffalo’s milk.

Photo: Buffaloes photographed by my brother, Samir, during our family visit to my great-aunt’s buffalo farm in Punjab.

Buffalo’s milk has a slightly different composition to that of cow’s milk. It contains 50% more protein and 50% more fat than cow’s milk, giving a far more luxurious, rich taste and texture.

The milk that is consumed in the villages often come straight from the farm, and is fetched fresh daily. This milk is unhomogenised, meaning that the fat (cream) within the milk has not been broken down into smaller globules, so the cream floats in large globules in the milk! During our last family trip to India, I can remember trying to very carefully separate the milk from the cream when making my mother’s morning coffee (I was under strict instruction – no cream whatsoever in the coffee!).

Tandoori chicken (made with tandoori masala) and keema (minced lamb with peas).

Punjabi lamb dishes include keema (mince lamb with peas – as seen above), slow-cooked leg of lamb and lamb biriyani.

The most popular Punjabi snack is, without a doubt, pakore (onion bhajis). The Punjabi pakore not only contain onion, but potato and spinach too.

There are also street food snacks such as Amritsari fish (a firm white fish in a chickpea batter), gol guppe (semolina puffs filled with tamarind water, chickpeas and yoghurt).

Historically, Punjab has always been an incredibly cosmopolitan area. Each wave of visitors left their cultural and gastronomical mark. There are certain ingredients and dishes that are the famous contributions of specific countries/peoples.

Before the formation of Pakistan in 1948 (which can be seen on the map below as the area to the left, in green) India bordered on Afganistan. This meant that the region of Punjab, was often the welcome area for any foreign visitors or invaders in the past.

2000 years ago, Alexander the Great (and his Greek and Macedonian armies) came into India, via Persia and Afghanistan, through the North West corner of India.

On a separate note: If you have ever seen Indian people with green, blue or grey eyes, they will often come from the north of India, and are the descendants of Greek/Macedonian and Indians who inter-married during this period.  Punjabi’s are known for having green eyes, as well as for having a lighter skin colour than other regions in India due to this mix.

The Mughal army (from Persia) also came into the north west side of India, bringing with them a different style of cooking, and introducing a range of exotic ingredients, such as dried fruits, dried rose petals and rose water, and the hugely popular spice green, cardamom.

Photo: Shah Tahmasp and the Mughal Emperor Humayun in Isfahan

They also introduced different cookery methods, that had been developed over time, to feed marching armies. Dishes such as the Biriyani, where all the ingredients are layered into one huge vessel, and slow-cooked over a fire, provided a hearty meal that required less equipment (and very little washing up!).

They also introduced the technique of slow cooking meats underground…you marinade the chicken or lamb, completely seal it in leaves (often banana leaves), and bury it in the sand. The sand provides the perfect slow-cooking conditions. The meat is then dug up 3 days later, and a huge feast is laid that evening.

Learn how to make authentic Punjabi food, just like the food served daily in the villages of Punjab:

To read our Telegraph interview…click HERE

“It is quite possibly the best dhal I have ever encountered..” 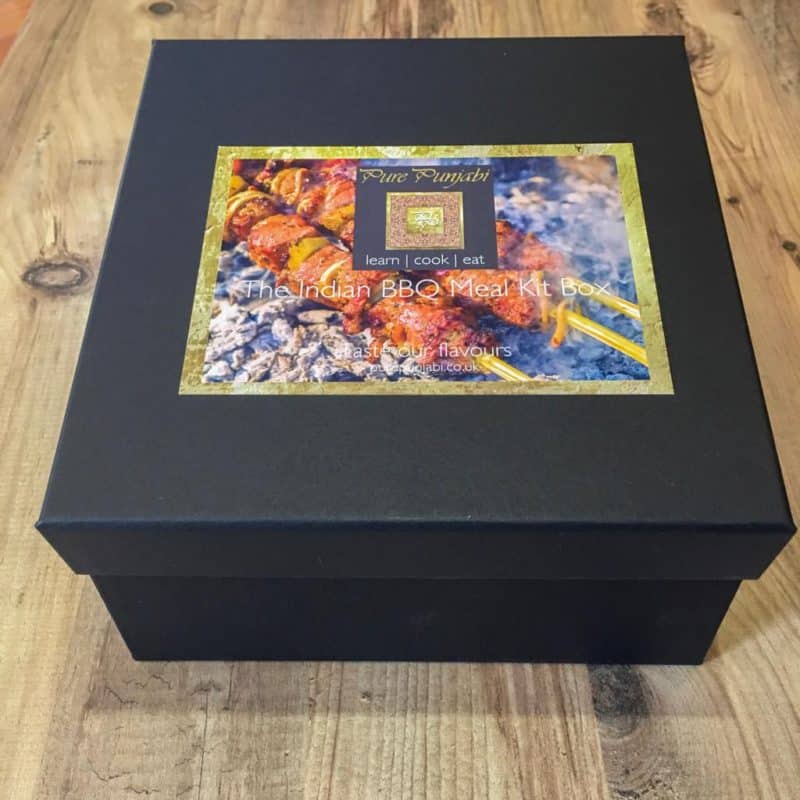 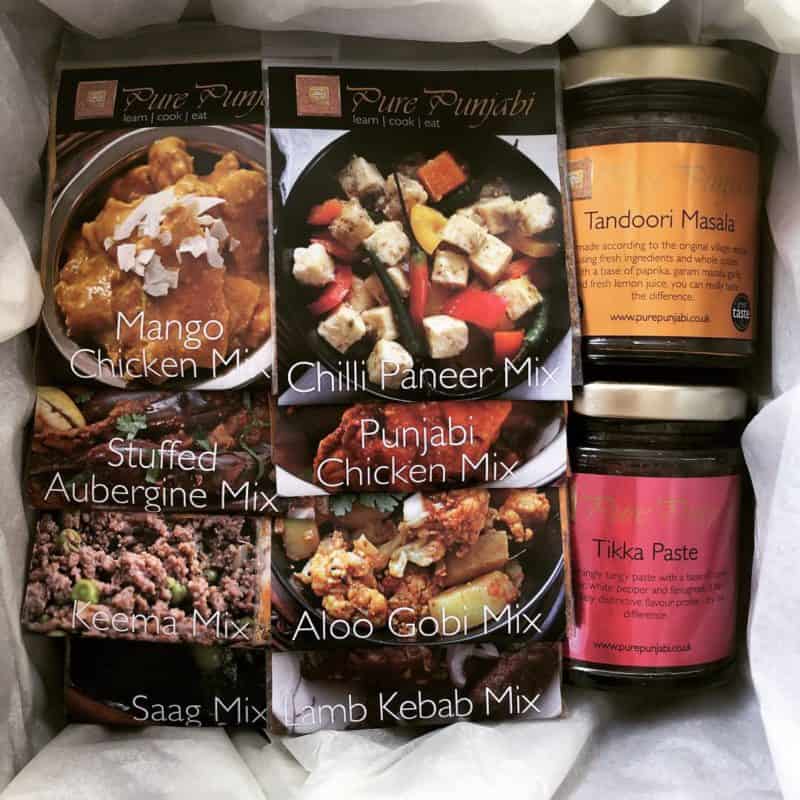 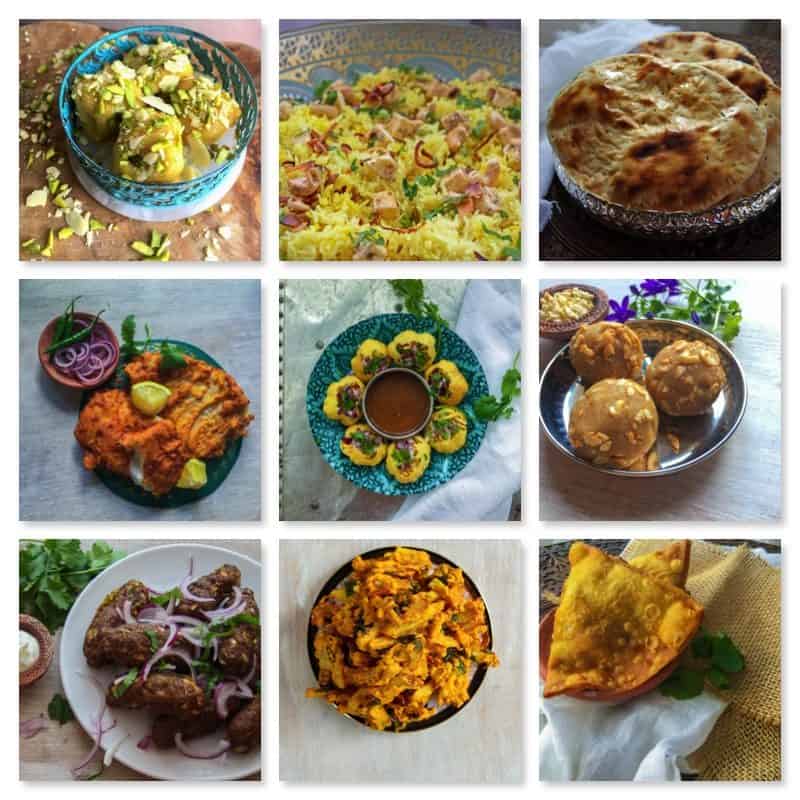